On 22 February 2011 Christchurch city was changed forever when a 6.3 magnitude earthquake destroyed much of the inner city and decimated numerous communities in suburbs residents had previously called home.

At the time a diverse number of musical productions were running or in rehearsal and overnight the artistic community had lost all major venues. In the months following, a small group led by a young composer and musician, Luke Di Somma and singer Jo Domigan, decided to bring performers together as the idea for the ‘Christchurch Pops Choir’ was born. Auditions took place and a group of 56 singers was assembled. One of the first songs rehearsed was the poignant ‘You Raise Me Up’ by Rolf Lovland and Brendan Graham, which in the following months became a sort of anthem to the city as the painstaking rebuild began.

The inaugural performance for the new group took place on 30 August as part of the 2011 Christchurch Arts Festival. Despite obvious difficulties such as a lack of venues and accommodation for visiting performers, the festival went ahead that year, as it was decided the city needed some respite from the huge challenges it faced. Choir members invited friends and family to the temporarily erected Spiegel tent which stood on the edge of Hagley Park. A music track played over the sound system while everyone enjoyed the hospitality on offer. Suddenly Flash mob style, singers joined the soundtrack of ‘Seasons of Love’ from the musical Rent, as they made their way to the stage. The Christchurch Pops Choir had arrived! 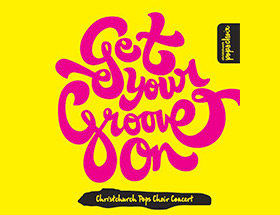 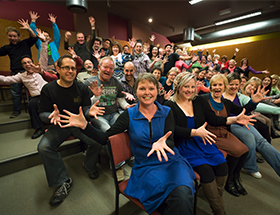 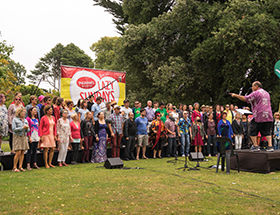 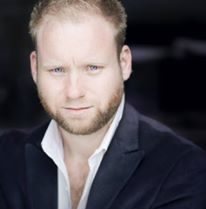 Various appearances over the next few months took place under the artistic direction of founder Luke Di Somma and accompanist Max Tocker. A talented composer and arranger, Luke created quirky massed voice versions of popular songs, some of which are still performed by the choir today. Pop up community appearances to uplift sprits or in support of local fundraising were interspersed with corporate events. In February 2012 the choir was invited to perform with the NZ Army Band at the commemoration service in Hagley Park marking the first anniversary of the earthquake. Tours to Hokitika, Greymouth, Ashburton, Timaru and Oamaru took the Pops Choir sound further afield. Collaborations with the Christchurch Symphony Orchestra and appearances at the annual Christmas in the Park concerts followed over the early years. In 2014 Luke Di Somma introduced James Buchanan as Assistant Artistic Director. An excellent singer and dancer, this talented young man was keen to learn how to conduct and deputised when Luke was not available.

In late 2015 both Luke and James departed to further their careers offshore, so the reigns were taken up by Ravil Atlas. A highly respected singing teacher, Ravil’s skills greatly improved the vocal quality of the group and over this time the number of choir members began to increase. Early in Ravil’s tenure, at the invitation of long-term sponsors Christchurch International Airport, the choir performed at a black-tie dinner to welcome China Southern Airlines to the city. This performance received a standing ovation and resulted in the group being invited to appear as guests at the Hainan Choir Festival in Southern China in November 2017. 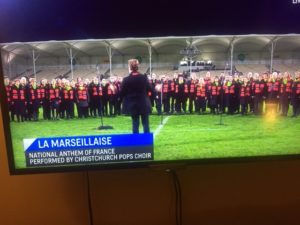 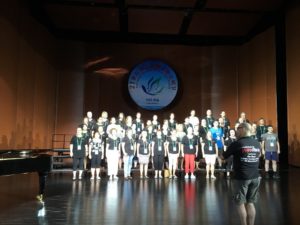 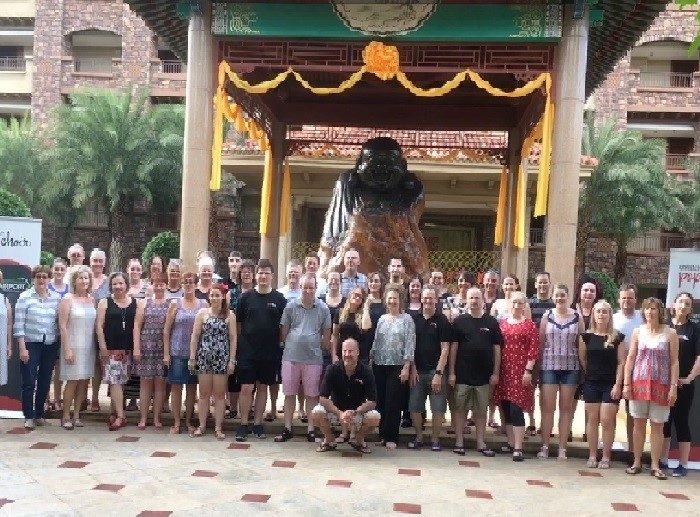 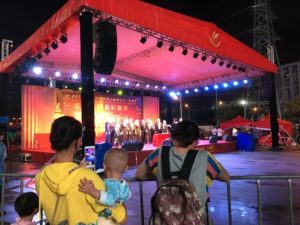 In early 2018, composer and pianist Matthew Everingham became Artistic Director on a short-term contract until his departure for the bright lights of Broadway. His enthusiasm for the US was contagious, so in March 2019 the choir (now named The Vocal Collective) embarked on a tour to Washington DC and New York. Appearances in Washington included a concert with local artists at the George Washington Masonic National Memorial in historic Alexandria, plus pop-up concerts on the National Mall and in front of the Lincoln & Jefferson Memorials. Much to the delight of passengers, a memorable flash-mob version of Carly Simon’s ‘Let the River Run’ also took place aboard a ferry on the Potomac River. In New York the group was kept busy with pop up appearances at sites including the Empire State Building and Statue of Liberty. One of the more impressive venues however was the magnificent Cathedral Church of St John the Divine. The tour ended on a high with an appearance at historic Carnegie Hall alongside a-capella legend Deke Sharon.

Keeneth Love became interim Artistic Director in April 2019. He led the choir through a hectic six months which included performances in Hokitika, the Christchurch Casino’s 25th anniversary concert at the refurbished Christchurch Town Hall and the Super Rugby Final at the outdoor stadium in Christchurch.

In September 2019, current Artistic Director, Richard Marrett, joined The Vocal Collective, bringing a wealth of experience from professional theatre. Richard has certainly raised the quality of the sound yet again, challenging all members to reach new vocal heights. It would be an understatement to say that 2020 was a challenging year. Public performances were not permitted during Covid 19 lockdown periods. Even afterwards, choirs were discouraged from meeting together and the public had no appetite for large gatherings. However, Richard managed to keep members engaged via Zoom rehearsals and arranged for two video releases from our lockdown bubbles. Neil Finn's ‘Don't Dream It's Over’, arranged by Luke Di Somma and James Reid's ‘Stand Up’, arranged by Richard himself were the result. During this period the choir worked on a long-held dream to create a concert showcasing only New Zealand music entitled ‘Don’t Forget Your Roots – the Great Kiwi Songbook’. This programme, performed in November 2020, delighted audiences with new arrangements commissioned by the Vocal Collective, many of which will remain in the repertoire over the coming years. Like Luke Di Somma at the beginning of this story, Richard Marrett is currently mentoring a fledgling conducting talent in Caelan Thomas, a talented accompanist who can be called on to deputise when required. 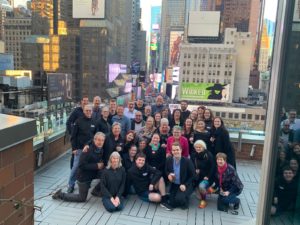 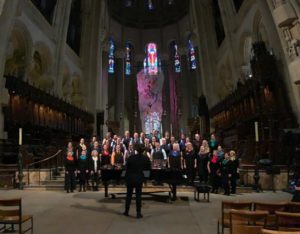 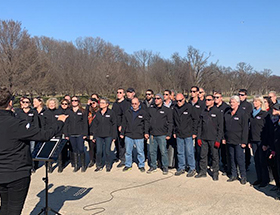 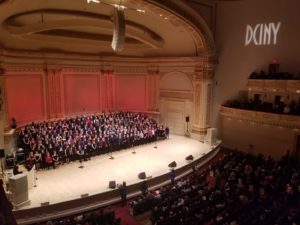 The Vocal Collective now boasts over 90 singers, seven of whom were founding members of the Christchurch Pops Choir. The supportive community of this tight knit group has always been as important as the music and remains a cornerstone of choir philosophy. The Christchurch Pops Choir, born out of adversity in 2011, has morphed into the force that is The Vocal Collective of today and looks forward to continuing the great musical journey into the next decade. 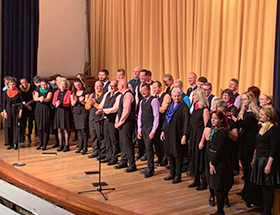 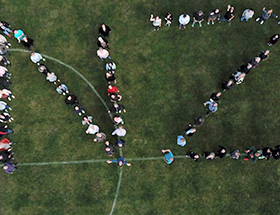 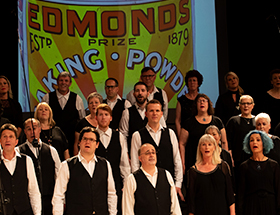 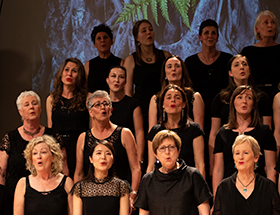